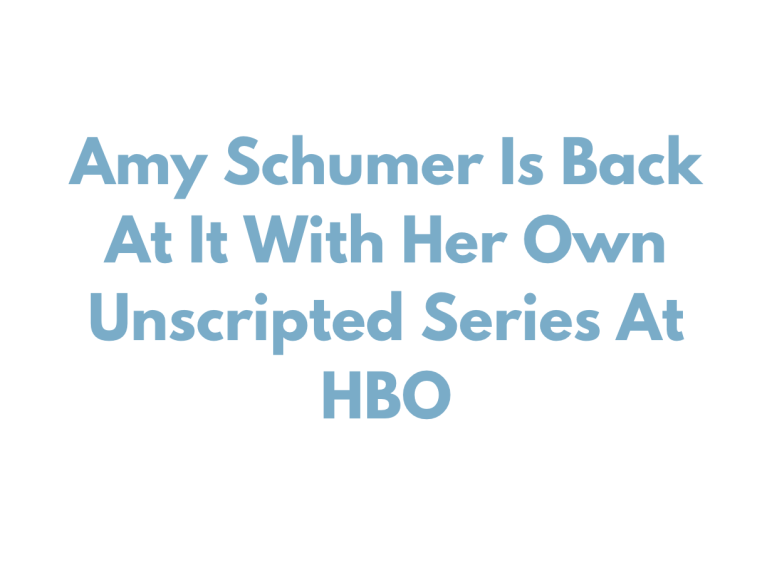 If you were like me and watched ‘Amy Schumer Learns to Cook’ over quarantine, you know the excitement over getting even more of these real unscripted Schumer family moments. The season will include eight episodes each titled something different but starting the same with ‘Amy Schumer Learns To…’ and then whatever skill Schumer takes on in the episode.

This is the second time Amy Schumer and HBO have teamed up for a collab. Their first project together was ‘Expecting Amy’ where the comedian documented the struggles she went through with her first pregnancy. In a statement HBO said, “We are thrilled to be working with Amy again,” said HBO Max’s executive vice president of non-fiction and live-action family, Jennifer O’Connell. “She is sure to surprise and amaze us with her willingness to push boundaries and try something new, always with a hilarious spin.”