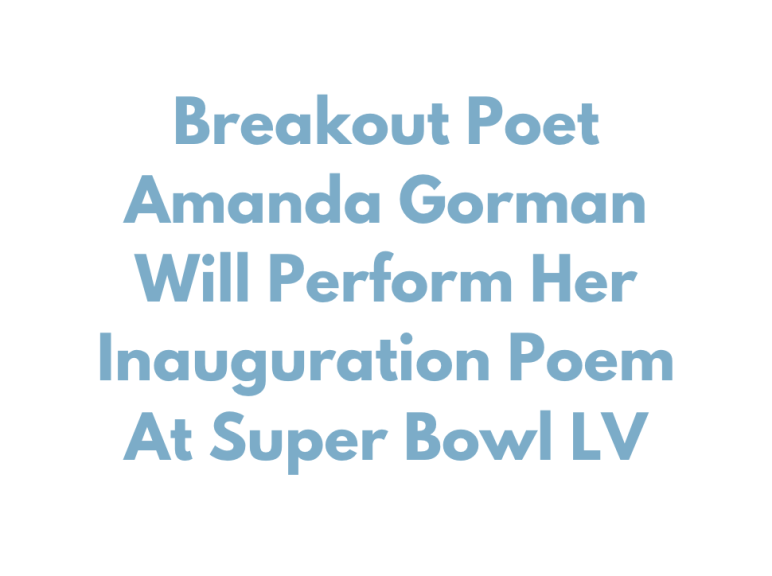 Before the Super Bowl, Amanda Gorman will perform her inauguration poem titled ‘The Hill We Climb’ alongside three other honorary captains. The game will be live-televised and will be broadcasting from Raymond James Stadium. NFL commissioner Roger Goodell announced the news on Wednesday. This performance will support the NFL’s initiative titled ‘It Takes All Of Us’ that they have been implementing throughout the 2020-2021 season.

The three other honorary captains, who will be alongside Gorman during the poem, were picked due to their outstanding and selfless work during the pandemic. The first honorary caption is Trimaine Davis, is an educator who worked to make sure all of his students had the technology they needed, hosted tech sessions to teach them how to set up their devices, and will be representing educators. Suzie Dorner, is an ICU nurse who lost two grandparents and will represent healthcare workers. The final honorary captain is James Martin, who is a Marine veteran and helped to connect high school athletes and teens through the Wounded Warrior Project, Martin will represent the armed forces at the game.