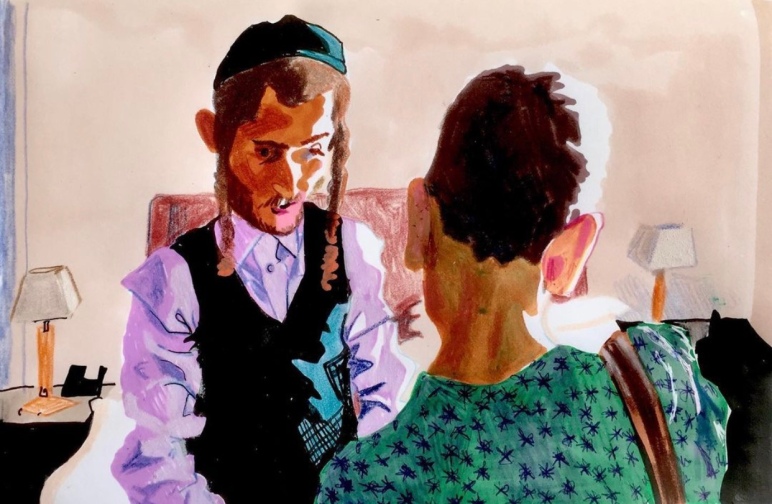 This show is definitely a diamond in the rough when it comes to Netflix originals. While it has often appeared on my homepage, I consequently just overlooked it. One night, I decided to give in and binge the 4-part miniseries. ‘Unorthodox’ is inspired by a woman named Anna Feldman’s life-turned-novel in which Feldman discusses how she escaped her oppressive Orthodox Jewish community. The miniseries, however, fictionalizes Feldman’s journey and is about a woman named Esty (played by Shira Haas) who, after getting into an arranged marriage, escapes her restrictive community and ventures out into the real world where she gets in contact with a group of students at the Berlin Music Conservatory.

The storytelling was immaculate. The story jumps between two plots- one storyline being Esty slowly breaking out of her introverted shell when she befriends a group of music students and the other plot being her husband Yanky (played by Amit Rahav) on a wild goose chase to find Esty and bring her back to their community so she may fulfill her role as a child-bearer. The way writer Anna Winger weaves these two storylines together blends together perfectly, as just as something pivotal happens in one storyline, it switches perspectives and you have to keep watching in order to see what happens next. Throwing Esty into a world of bold art beautifully helped convey that juxtaposition between her previous life in the Orthodox community and a metropolitan city such as Berlin which is chock full of culture.

The lines built such tension in which the silence in between each line carried a lot of weight, as if the character that had a line next had to truly comprehend what the other character said. The authenticity of the story was maintained in the way the dialogue was written and delivered. As this miniseries is based off someone’s real life, replicating that real life feeling through a fictional narrative was likely difficult at first but the cast and crew of ‘Unorthodox’ pulled it off effortlessly. At some moments, the show bordered on having an overly narrative feeling with over exaggerated moments like when Esty let her wig float away and performed for her old family and new friends, but otherwise the emotions of the characters were consistent and raw.

If you’re looking for a quick series to binge chock full of drama and coming-of-age aspects, ‘Unorthodox’ is the show for you. If you can’t get enough of it, check out ‘Making Unorthodox’, the documentary that gets in detail of how they made the show and Anna Feldman’s life story that inspired the show’s plot.