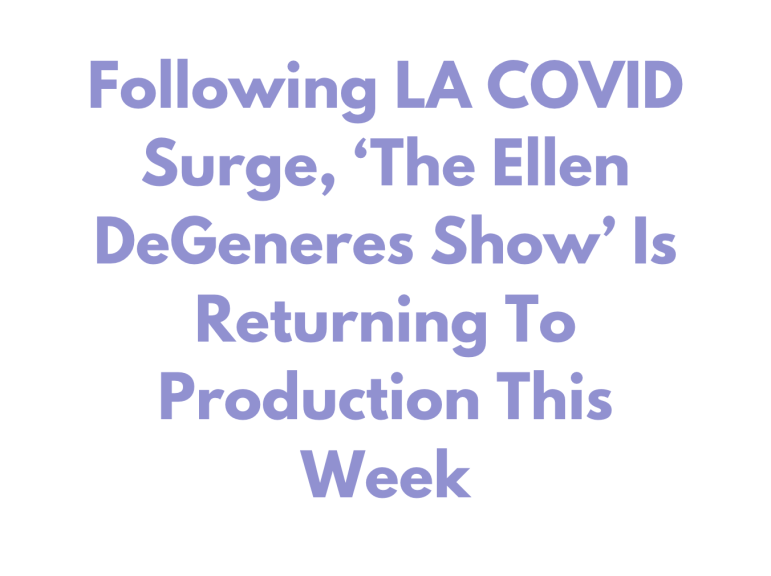 After a LA COVID surge caused LA-based shows to pause production, ‘The Ellen DeGeneres Show’ will now return back to production starting this week. The day-time talk show went dark last week and is now returning without any sort of live-audience. The show has also had to cut down on its number of crew members. Despite working with a skeleton crew, the show is intending to pay all crew members during this modified work environment.

As LA had 2.5 million people test positive for COVID, a positivity rate of 9.8% and around 28,045 total deaths has caused most, if not all, LA productions to either pause production or transition to a virtual platform. Other day-time talk shows like The ‘The View’ on ABC and ‘The Talk’ on CBS have transitioned to a remote virtual setting. Similar to ‘The Ellen DeGeneres Show’, ‘Dr. Phil’ has paused production and plans to resume on Jan. 11th.