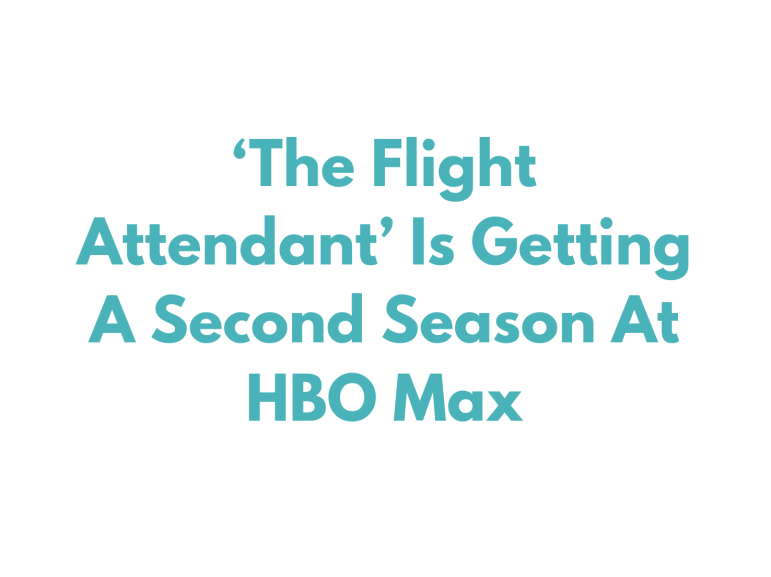 Initially slated to just be a limited series, it’s popularity has contributed to getting it to a second season. The series follows a flight attendant (played by Kaley Cuoco) who is an alcoholic and one morning wakes up in the wrong hotel and bed to find herself laying next to a dead man. The chief content officer for HBO and HBO Max, Casey Bloys, said this about the series’ return, “We are delighted that the show has resonated so strongly with audiences and critics,” and “We congratulate Kaley, Steve, Greg and Sarah, along with the rest of the incredibly talented cast, executive producers and our partners at Warner Bros. Television on all the success of the first season. I look forward to seeing where Cassie will go next.”

Cuoco who stars in the series said this about its return, “To say that I am elated would be an understatement,” she said. “The positive response to our show has surpassed all of our expectations and I’m so proud of the entire team behind its success. I’m thrilled to continue my partnership with Team Berlanti, Steve Yockey, HBO Max and of course my beloved studio, Warner Bros. I have amazing partners in Suzanne McCormack and Mackenzie Shade at Yes, Norman Prods., where we are committed to delivering diverse and quality entertainment, including an exciting (and probably a little crazy) TFA season 2!!”