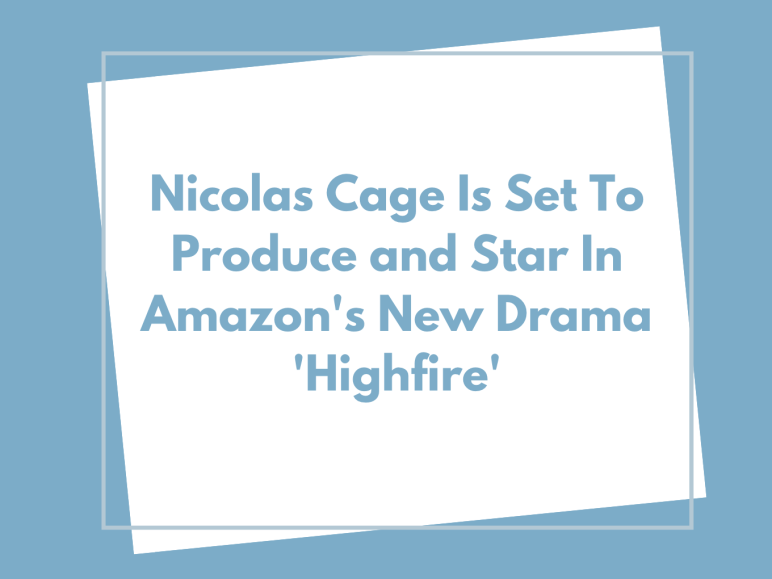 Nicolas Cage is not only the executive producer but starring in this new animated contemporary-fantasy drama. Cage will be playing a voda-drinking, cable tv-watching dragon. Cage’s character, Vern, was previously Lord Highfire and ruled over the world, but his new identity leaves him hanging with alligators in a Louisiana swamp. The drama will follow Vern’s implausible friendship with a teen, Squib, who’s apart of a local mob.

‘Highfire’ the novel was released earlier this year, written by Eoin Colfer. Colfer also wrote the novel ‘Artemis Fowl’ which was recently turned into a major-motion picture. Cage is producing alongside Andrew Mittman with the series coming from MGM/UA Television but shown on Amazon. Cage has been keeping busy with his new role of playing the famous Joe Exotic from ‘Tiger King’ in a CBS scripted series.