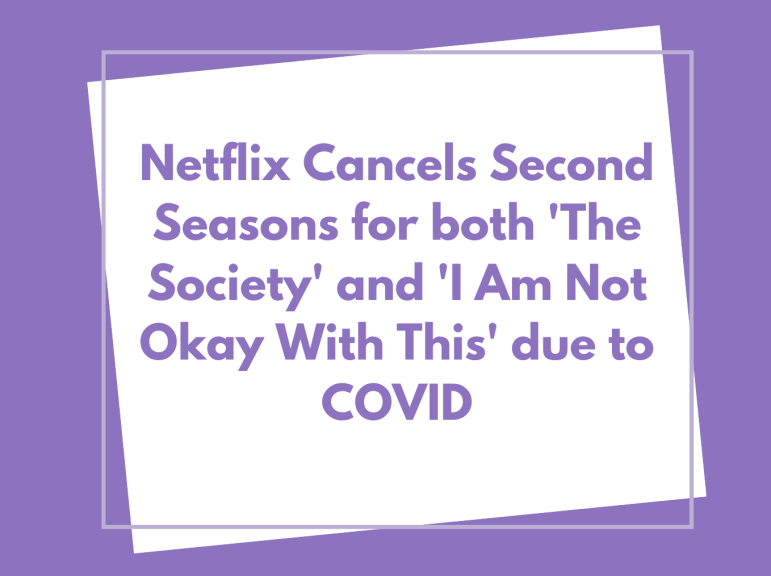 Netflix has decided to scrap the second season of ‘The Society’ and ‘I Am Not Okay With This’ due to pandemic related issues. Despite both shows doing extremely well on the platform, filming related issues made it too much of a challenge. Both shows were already in the midst of planning their second seasons when they were canceled. ‘The Society’ with such a large cast ran into large scheduling and budget issues caused by the pandemic.

While the confirmation of the second season of ‘I Am Not Okay With This’ was not yet revealed to the public, the show had already been casting for their second season. Netflix released a statement Friday saying, “We’re disappointed to have to make these decisions due to circumstance created by COVID, and we are grateful to these creators”. Netflix goes on to thank and mention the creators, casts, and crews of both shows.