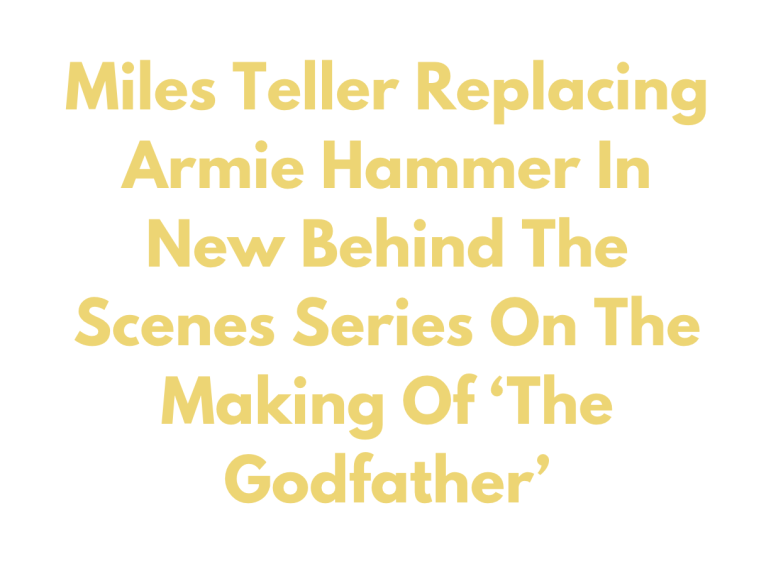 Following the sexual misconduct allegations, Armie Hammer has been recast in a new series titled ‘The Offer’ with Miles Teller. ‘The Offer’ is a narrative series that will tell the story of how ‘The Godfather’ was created from start to finish. ‘The Offer’ will be told through the eyes of producer Al Ruddy, played by Teller. No dates have been released yet but Paramount Plus has ordered 10-episodes.

Nikki Toscano and Michael Toklin are both the writers and exec. producers on the series. Toscano is also set to showrun with Dexter Fletcher lined up to direct episodes upfront. Other exec. producers also include:  Leslie Greif, Ruddy, and Teller. Paramount Television Studios will produce.