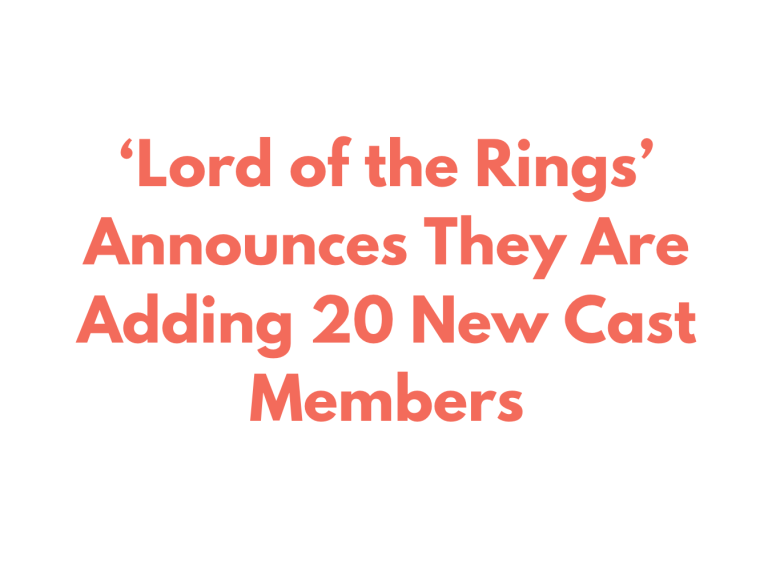 It was announced on Thursday that ‘Lord of the Rings’ would not just be adding 15 but 20 cast members to the series. This addition brings the cast count to 35. The 20 new cast members include:

In a joint statement from showrunners and executive producers, J.D Payne and Patrick McKay talked about the show and the new additions, “The world that J.R.R. Tolkien created is epic, diverse and filled with heart. These extraordinarily talented performers, hailing from across the globe, represent the culmination of a multiyear search to find brilliant and unique artists to bring that world to life anew,” said the pair. They continued saying,  “The international cast of Amazon’s The Lord of the Rings series is more than just an ensemble. It is a family. We are thrilled to welcome each of them to Middle-earth.”