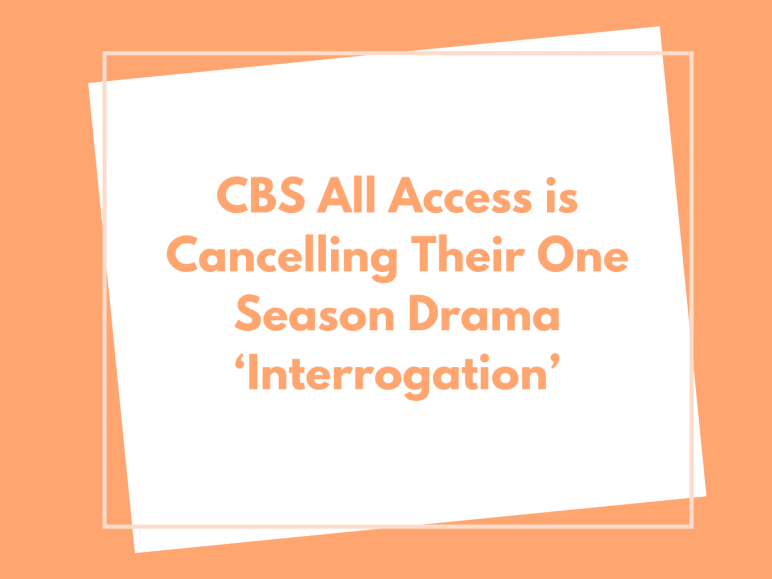 ‘Interrogation’ has been cancelled at CBS All Access. This comes after airing the first season in late 2018. The series follows the story of the trial and conviction of a man who killed his own mother. The point of the 10-part series was to allow viewers to watch it in any order and viewers could become the detective.

While the series only had the favor of 57 percent of critics, it was popular among 88 percent of viewers. The exec vp and head of programming at CBS All Access, Julie McNamara said this about the production, “They led an amazing team of writers, directors and cast, all of whom delivered a close-ended season that will continue to be available on CBS All Access for new viewers to discover and enjoy.”