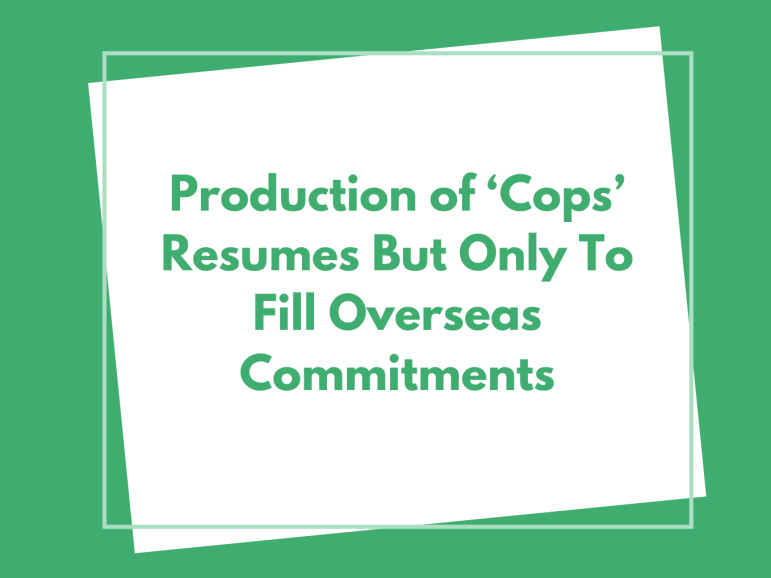 Production on the show ‘Cops’ quietly resumes in Washington. Paramount Network cancelled the show three months prior to this news. The show was originally postponed after the death of George Floyd, then officially cancelled in June. The show’s producer, Langley Productions said the episodes are only being filmed to fulfill overseas commitments. None of the episodes will air anywhere in the US.

‘Cops’ is filming in Spokane, Washington as they have for multiple previous seasons. The Spokane County Sheriff said this in a press release, “We have a longstanding relationship with Cops and Langley Productions, and we are pleased they have decided to return, highlighting the outstanding work our deputies provide to all of you,”.