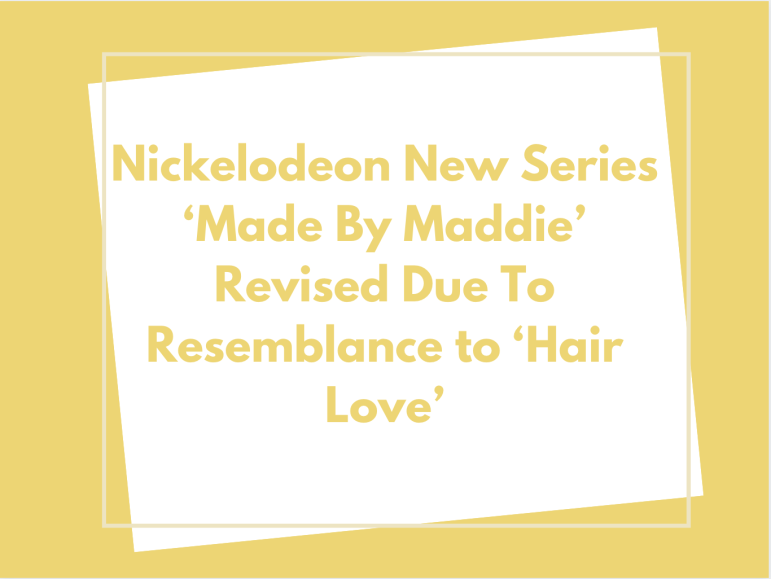 Nickelodeon’s new animated series ‘Made By Maddie’ is a story about a Black family of three where the daughter, named Maddie, uses her style and fashion to overcome obstacles. This storyline and characters bear a very similar resemblance to that of the Oscar-winning short film ‘Hair Love’. After Nickelodeon released the trailer for ‘Made By Maddie’ people quickly picked up on the correspondence between the two. Pointing out the similarities of how both girls wear pink headbands, have grey cats, and use their style to work through obstacles.

‘Made By Maddie’ was supposed to air starting on September 13th, but has since been delayed so Nickelodeon can make changes. Nickelodeon and Silvergate Media started work on the series in 2015 and ordered the series in 2018, ‘Hair Love’ debuted in 2019. The writer and co-director of ‘Hair Love’, Matthew A. Cherry has yet to publicly comment on ‘Made By Maddie’. Silvergate Media CEO said this about the series, “As creators ourselves, we have the utmost respect and admiration for Matthew A. Cherry and Hair Love, and our hope is that when people watch our show, they will see it is its own story with its own adventures.”