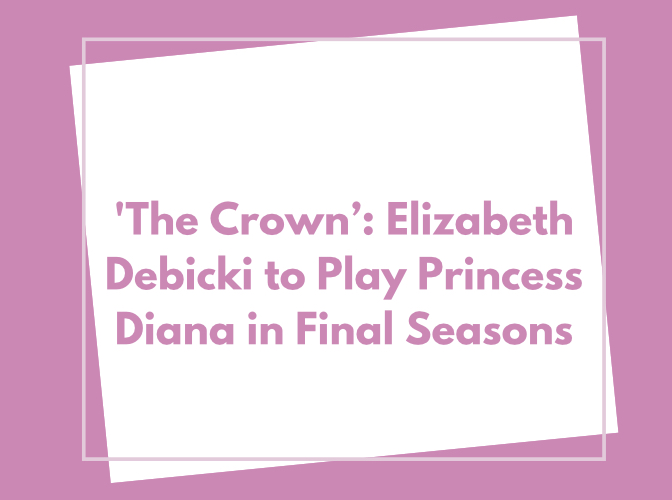 The star of Christopher Nolan’s upcoming ‘Tenet’ described her upcoming role as a “true privelege and honour.”

Debicki has been cast as Princess Diana for the fifth and sixth seasons. A premiere date for the fourth season of ‘The Crown’ has not yet been announced.

“Princess Diana’s spirit, her words and her actions live in the hearts of so many. It is my true privilege and honour to be joining this masterful series, which has had me absolutely hooked from episode one,” Debicki said in a social media announcement.