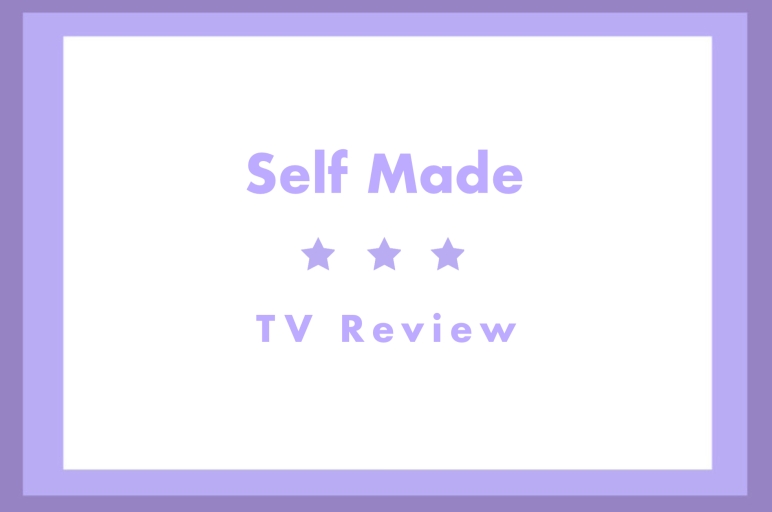 Self Made: Inspired by the Life of Madam C.J. Walker is a mini series based on, as you may have guessed, the life of Madam C.J. Walker. Personally, when I first heard of the series I recognized the name but didn’t know a lot about the person it belonged to and decided to do some research to educate myself before I started watching and to help the events of the show make more sense. In short, C.J. Walker was born as Sarah Breedlove in December of 1867 and was a philanthropist, activist, and, most importantly, an entrepreneur. She is credited in the Guiness Book of World Records, as well as in history, as being the first woman in America to become a self-made millionaire. Walker earned her fortune by starting a business called “Madam C. J. Walker Manufacturing Company” that created and sold cosmetics and hair care products for black women in the late 19th and early 20th centuries. After amassing her wealth and fortune through her successful company, she focused her efforts on activism and philanthropy, often making large donations to causes she believed in and becoming known as a patron of the arts. Her luxurious estate, located in Irving, New York, eventually became a celebration and gathering place for the African-American community. Netflix’s 4-episode limited series, which premiered on March 20, 2020, was based on a biography of Madam C.J. Walker, called On Her Own Ground and written by A’Lelia Bundles.

The show opens with Sarah Breedlove (Octavia Spencer) selling a “magical hair grower” that turns out to have been created by the wealthy woman that Sarah does laundry for, Addie Munroe (Carmen Ejogo). The show jumps back and forth in time for a few scenes, explaining that when Sarah’s hair started falling out due to stress, and partially causing her husband to leave her, Sarah’s confidence and sense of self-worth plummeted, until Addie approached her with her hair grower and Sarah’s hair regrew healthier and stronger in just a few months. Sarah feels indebted to Addie and wants to help market her product, but because Addie is half-white and Sarah is black, Addie tells her she doesn’t have the right “look” and decides only to use young, mixed-race women to market the product as having a lengthening, straightening effect. Sarah decided to start selling the product anyway and sells about 50 jars in a single day, but despite this the two women have a falling out after Addie accuses Sarah of stealing from her and going behind her back.

The series then rapidly jumps over a number of months, following Sarah’s decision to enlist her daughter Lelia (Tiffany Haddish), husband CJ (Blair Underwood), who the company is named after, and other family members to help her develop and sell her own line of hair care products. Her company does well but in craving more and more success she decides to uproot her family and move to Indianapolis, where her business also thrives until Addie arrives in town. When the duo’s feud and constant rivalry causes Sarah to decide to offer a “buy one get one free” deal, Sarah’s ambition proves to have been too much too fast and in the struggle to fill out an ever climbing number of orders, tragedy strikes Sarah and her family.

The biggest critique the show has gotten in the few days since its premier is the sheer amount of creative liberties the show takes. While the writers obviously held the objective to entertain and dramatize, they may have done so at the expense of truthfully telling Sarah Breedlove’s story, taking a lot of liberties with how she received her inspiration to start the business and creating a show where Madam Walker’s story was heavily abridged. It also comically villainizes the character of Addie Munroe, who’s based on Sarah Breedlove’s real life foe Annie Malone. Though she opposed Sarah and was therefore technically her antagonist, the show constantly belittles her as being cruel and prejudiced despite the fact that Annie also made huge strides in the field of black, female entrepreneurship, education, and business (though the series entirely glosses over this). The series also decided not to address a lot of the struggles that Madam Walker might have encountered trying to establish a business, especially as a black woman in the early 19th century. However, the show allows the character to encounter a lot of important struggles and prejudices that are still relevant today. For example, the idea that lighter skinned black women are seen as “whiter” and therefore more desirable than darker skinned women.

Artistically, the series makes a lot of endearing choices. Octavia Spencer’s acting is, as always, thoroughly impressive and enjoyable to watch. Her talent and heartfelt portrayal of Sarah Walker is believable and helped me as a watcher both root for and sympathize with the character. There’s a through-line of scenes where Sarah and Addie are depicted as boxers competing against each other in a ring, both symbolizing their ongoing rivalry and working as a nod to the boxing match between Jack Johnson and James J. Jeffries, a fight between an already legendary fighter and an African-American underdog that was later deemed “The Fight of the Century” and that enthralls the characters during a particular scene in the first episode.

There’s also a scene where Walker is selling her products set to an indie cover of The White Stripes’ Seven Nation Army. The show features a lot of contemporary music that juxtaposes the early 19th century time period the show occurs in and works to further push the idea that experiences and struggles encountered by the characters are, despite the over 100 year difference between us, not all that different from those people still encounter today.