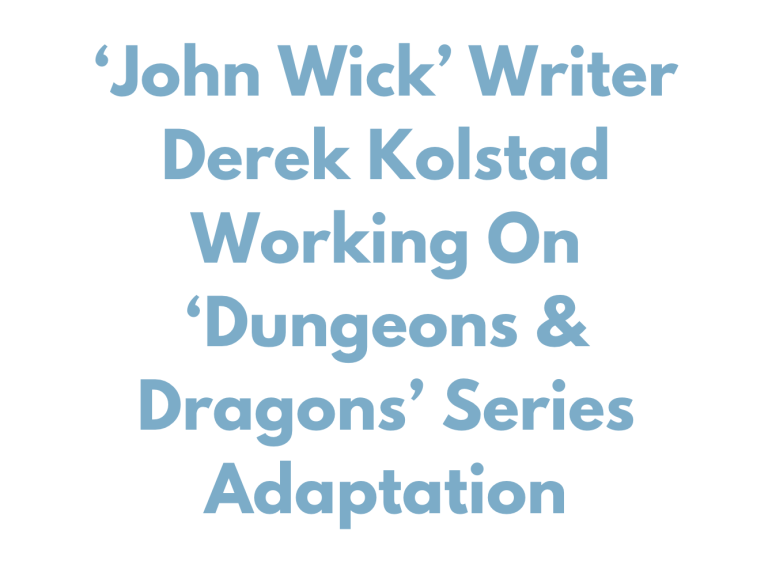 The writer for the ‘John Wick’ movie series Derek Kolstad, is reportedly working on a series adaptation for the board game ‘Dungeons & Dragons’. The popular multiplayer role-playing board game was first created in 1974 and gained popularity in the 1980s. Since then the game has made a resurgence and once again gaining popularity especially during COVID when games could be live-streamed. It has become arguably the largest role-playing board game series in history.

There have been multiple attempts to create film and tv versions of the board game. Multiple ‘Dungeons & Dragons’ film adaptations were made in 2000-2012. Chris Pine is set to star in a different film adaption of the board game coming out in 2022. While the film will come out on Disney+, Hasboro eOne reportedly has plans to expand on the series and make it into a larger franchise.