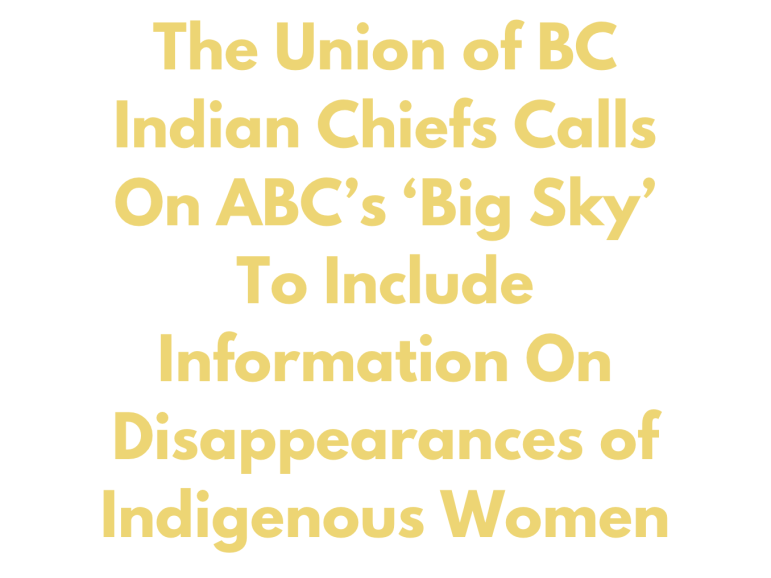 ABC’s new popular drama series ‘Big Sky’ is receiving backlash on their lack of information on the disappearances of indigenous women. The show is about a town in Montana where two girls go missing. The show is also filmed in Canada, where they are filming in Canada and Montana both deal with high rates of missing and murdered Native and Indigenous women.

“Institutions from law enforcement to the entertainment media must engage and consult with First Nations when they are addressing violence against women and girls, and understand the importance of not ignoring the murdered and missing Indigenous women and girls (MMIWG) tragedy,” said The Union of BC Indian Chiefs secretary-treasurer Kukpi7 Judy Wilson. “UBCIC is based in Vancouver, Big Sky’s central filming location and one of the areas in Canada hit hardest by systemic violence against Indigenous women and girls. As the federal governments in both Canada and the US have failed to address the multi-generational epidemic that is the MMIWG crisis, it is imperative that an influential corporation like ABC demonstrate some awareness and cultural competency regarding it.”