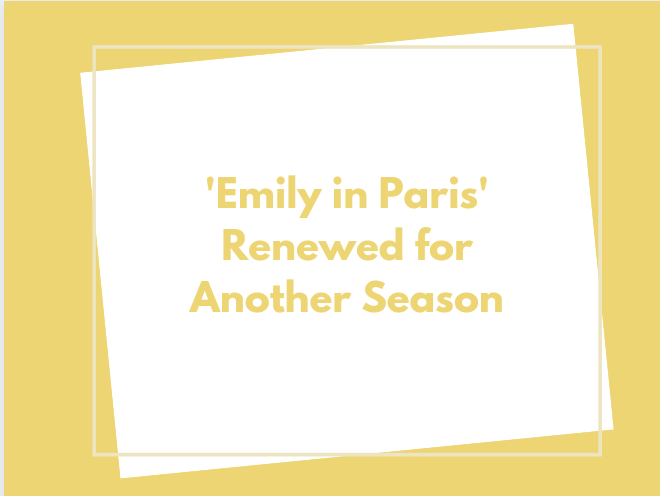 Netflix has renewed Emily in Paris for a second season. The comedy starring Lily Collins is expected to return to production next spring on location in Paris.

“Originally developed for TV Land, the series about an American working in Paris was moved to fellow ViacomCBS-owned cabler Paramount Network before ultimately being sold off to Netflix.”