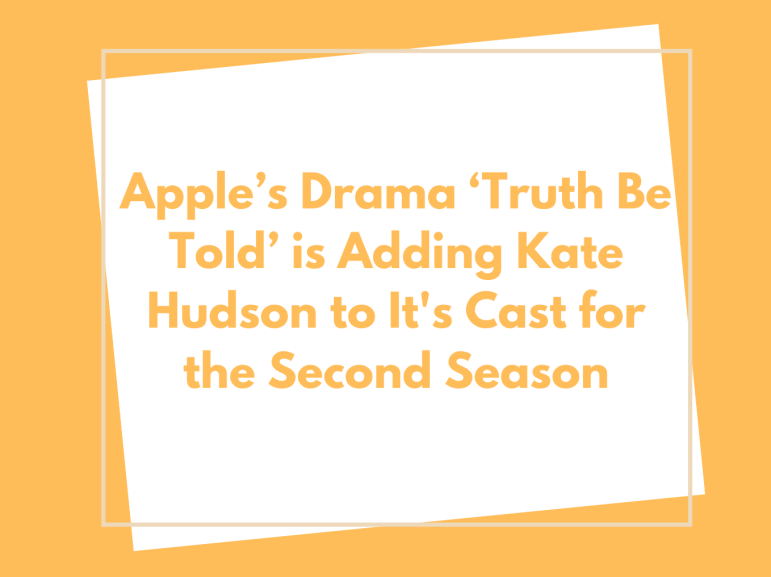 ‘Truth Be Told’ has been renewed for a second season with Kate Hudson joining the cast. ‘Truth Be Told’ was originally only meant to be a limited series but with a spike in popularity, they are extending the show. Hudson will star alongside Octavia Spencer. Spencer will be playing a podcaster who solves crimes. Hudson will be playing a friend of Spencer’s Poppy Parnell as a lifestyle guru.

The first season was based off of the book ‘Are You Sleeping’ by Kathleen Barber. The second season will stray from the content of that first book. The series is being produced by Hello Sunshine, Endeavor Content, and Chernin Entertainment.