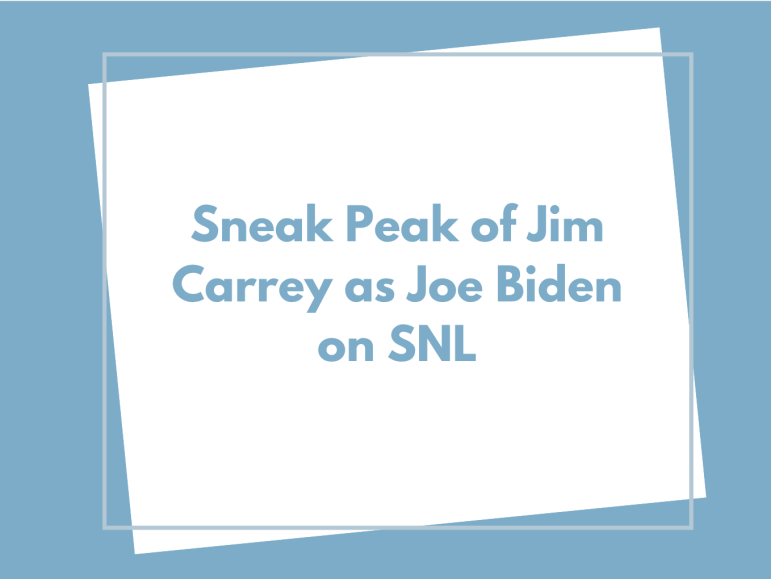 SNL released a sneak peek clip of Jim Carrey as Joe Biden yesterday. The clip comes ahead of the first episode of their 46th season premiering this Saturday night. Alongside Carrey is Maya Rudolph, also making a return to SNL for a recurring role as Kamala Harris. In the video, Carrey and Rudolph are seen putting on wigs, getting into costume, and standing back-to-back smiling into the camera.

While Rudolph has played Harris in previous episodes, Biden on the other hand has been played by multiple cast-members. During the Obama presidency when Biden was vice president, Biden was played both by Woody Harrelson and Jason Sudeikis. Alec Baldwin is expected to return for the 46th season to continue to play Donald Trump. Chris Rock is set to host this Saturday with musical guest, Megan Thee Stallion.