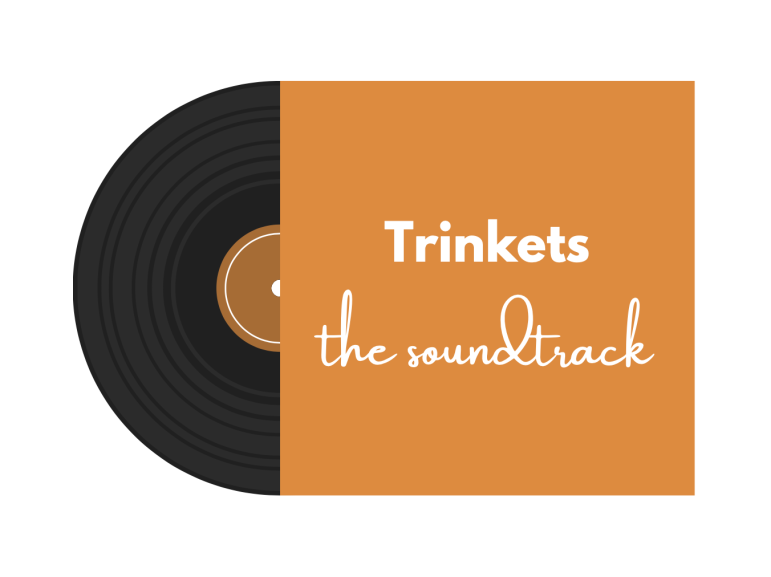 When the first season of Trinkets came out in 2019, I watched it all the way through a few times in a row. If you’ve seen it before, you know it’s impossible not to be drawn to the nuanced delivery of a powerful friendship between three powerful girls, as well as the fresh storyline and beautifully modern way of delivering it. If at all possible, I think season 2 is even better than the first. The choices made for developing the plot and all the characters paid off immensely, leaving us with a glimpse of Elodie finally in a healthy (age-appropriate) relationship, Tabitha confronting Brady and getting to know herself, and Moe continuing to learn from her mistakes and grow from them. And what a finale.

The soundtrack, too, is impeccable. It delivers a variety of styles while staying consistent and realistic to what these teenage girls would actually be listening to in their free time. It assists in the storytelling as well, with Kat Cunning (who plays Sabine) contributing her voice to a few tracks.

Here are my favorites.

We get a glimpse into Elodie’s new rock n’ roll lifestyle while she’s on the road with Sabine.  Kat Cunning’s voice soars over a stunning montage of Sabine and Elodie spending time together during shows and all the moments in between them.

After Sabine ends up doing what Sabine does best, Elodie decides to leave her and the tour and head home.

During the bus ride home, Elodie passes time looking out the window and listening to this song.

Moe adjusts to her life at home while she’s suspended.

Much to the surprise of Tabitha and Elodie, Moe steals vodka from a liquor store.

The girls ride scooters through the city on their first night reunited.

Brady confronts Tabitha at school about a Halloween party.

About Us – Beasts With No Name

The girls get ready for the party.

Dare You Not To Dance – Haiku Hands

The party picks up quickly when Tabitha gets rid of the parental supervision and promotes it on social media so more people from school show up.

Jillian and Elodie hang out for the first time during lunch, listening to this song through shared earbuds.

Tabitha goes to the hair salon ready to make a statement with her hair.

Knock Me Off My Feet – SOAK

Elodie and Jillian start meeting in secret in the bathrooms at school.

Who You Are – Mannequin Pussy

Elodie throws away her 30 day chip after assisting Moe and Tabitha in stealing the test.

Ben shows Tabitha his tattoos and tells her stories about his time in military school.

The girls’ families come together to celebrate Thanksgiving.

Tabitha runs into Luca and finds out he’s the one that’s been using her credit card information.

The teachers are led to believe that Chase is the one who sent the test to people, rather than Moe.

Elodie starts making amends by returning her stolen items to the stores they’re from.

The trio pulls off one last brilliant crime.

yellow is the color of her eyes – Soccer Mommy

The girls drive to the ocean to scatter Elodie’s mom’s ashes.