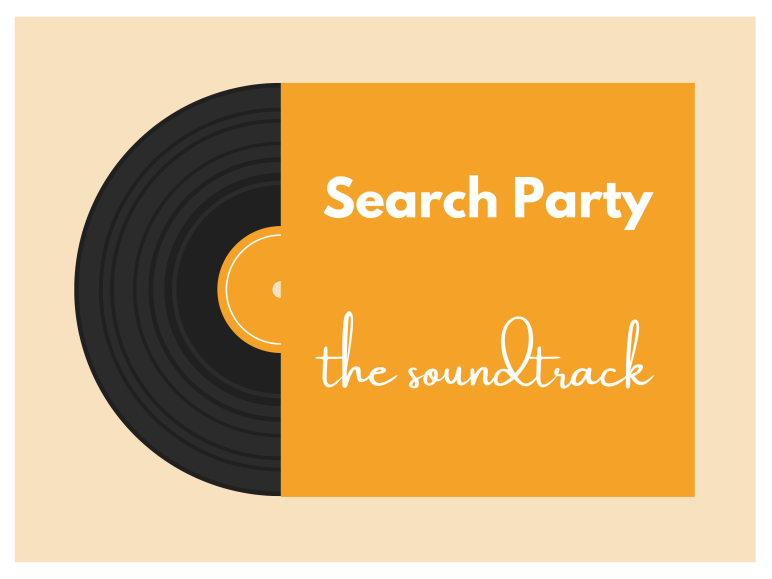 In all honesty, I didn’t know Search Party existed until about a week ago. From the friends I’ve talked to who haven’t heard of it either and the cast that isn’t studded with any household names, it seems like it flies pretty under the radar for more people than just myself. This is, in every way, an injustice. Alia Shawkat is phenomenal as Dory, and the quirkiness of Elliott and Portia’s characters combined with Drew’s slightly neurotic but enormously loveable character makes for a truly refreshing group dynamic that’s completely unique to other ensembles I’ve seen. The last 15 minutes of the Season 1 finale take a complete turn, ending in the most deliciously frustrating conclusion that left me dying for Season 2.

Personally, I felt that the soundtrack could have hit harder in certain places. But whatever the songs lacked in oomph was made up for in outstanding performances and witty writing. I’m excited to see where the soundtrack (and the story!) goes as I continue watching!

Much to Dory’s surprise and confusion, she spots Chantal in a Chinese restaurant but loses her trail on her when she vanishes through the bathroom window.

Dory finds what she believes to be a clue written in a book that belonged to Chantal before she disappeared.

And Sooner Than We Know It… – Morly

Dory and her friends attend the vigil hosted by Chantal’s family. Dory explores the inside of the house and winds up finding a sonogram, leading her to believe Chantal is or was pregnant.

Dory and Drew’s neighbor tries to seduce Drew in their apartment. He tells her to stop, and she leaves in a hurry. Meanwhile, Dory hooks up with Keith, the private investigator hired by Chantal’s family.

Dory goes back to Bellow and Hare, this time with Keith, with the intention of finding more information.

I Thought the Future Would Be Cooler – YACHT

After Dory visits Keith’s apartment to mislead him to Chantal’s whereabouts, she, Drew, Elliott, and Portia drive off to her real location.

You Can Laugh – The Springers

Now in Montreal, Dory has a nightmare about finding Chantal.

When Keith shows up at the house unexpectedly, he attacks Dory. Drew saves the day and they’re left with a sticky situation.